Number of people currently in line: 36

"How do you document real life when real life's getting more like fiction each day?"

This quote is a lyric from the Broadway musical "Rent," but with each passing day, it becomes more and more applicable to NYLine. Just when you think you've seen it all - and as New Yorkers, we often think we have seen just about everything - something major occurs to happily prove you wrong.

First, there's the Geek Squad. Somewhere, there's a checklist reading "You know you're a true nerd when..." Geek Squad has given us another entry - You know you're a true nerd when you take giddy pleasure from checking your email from a laptop inside a bus that's decked out like the Death Star. What 8-year-old "Star Wars" fan didn't imagine being on the Death Star (or at least blowing it up with an X-wing fighter)? Looking around, seeing the care Geek Squad put into this bus, you can't help but connect with your 8-year-old self and remember what it felt like when the world was filled with endless possibility, not mundane reality. 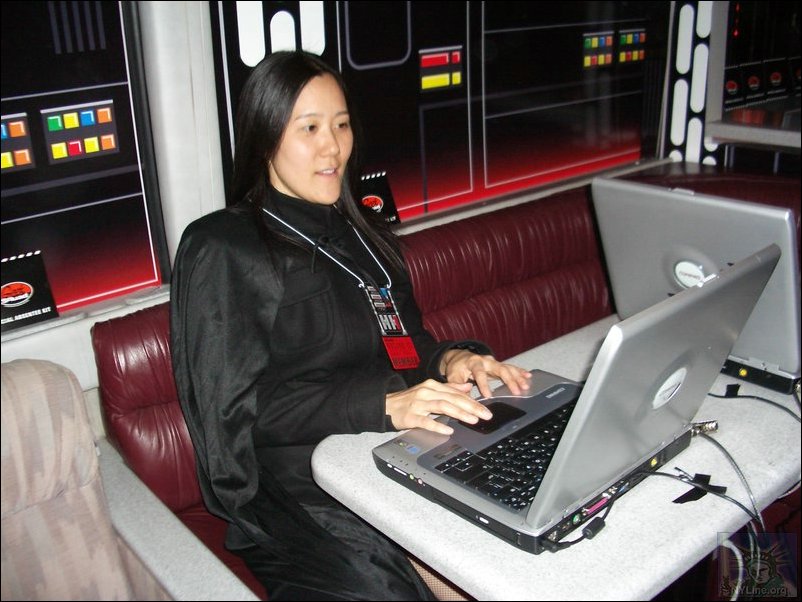 Then there's the weather. The forecast called for rain, and when the line was bumped down 54th Street to make room for the Children's Health Fund chairty premiere of Episode III, it was abundantly clear they expected it. The red carpet was enclosed in a canvas fortress, ready to ward off the elements that never arrived. Here's hoping all the days with rain in the forecast turn out like this one did!

The madness started around 3:30 p.m. with the arrival of stormtroopers, Jedi, wookiees and perhaps the most fearsome form of scum and villainy throughout galaxy - the paparazzi. Not the brightest bulbs this bunch, despite the blinding megawatt flash strobes, and it's far safer going head-to-head with a rancor inside a sarlaac than being between one of these "professional" photogs and their next picture. A moment that sums up their presence on 54th Street - when one of the costumed extras for the charity premiere showed up as the most authentic Chewbacca aside from Peter Mayhew himself, one photographer was pushing children aside and yelling, "You there! Creature! Over Here!" He sounded like C-3PO trying to hail a sandcrawler, though protocol obviously was not his primary function. 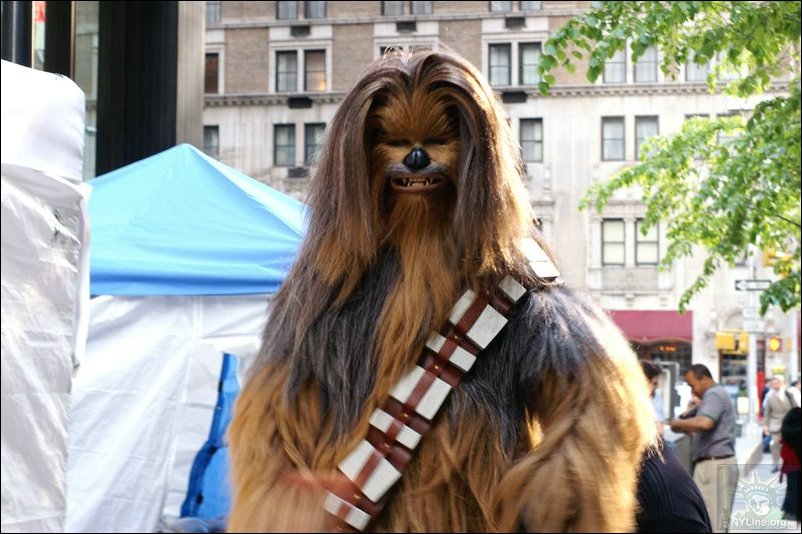 But that was all just warm-up for the main event - the arrival of the celebrities. Stargazers certainly were rewarded for their patience. The biggest non-"Star Wars" celebrities had us seeing blue - star of "The Blues Brothers" Dan Aykroyd and "Blue Velvet" leading lady Isabella Rossellini. With blue starting to become the theme of the evening, it seems quite odd in retrospect that nobody who carried a blue lightsaber while filming the "Star Wars" saga attended the New York City premiere. But the VIP list definitely delivered on the purple, green and red.

As NYLine members present for the shift were ushered into an exclusive red carpet viewing area, the "Star Wars" actors passed by. The first Jedi to walk the red carpet was Mace Windu himself, Samuel L. Jackson, followed closely by Liam Neeson. 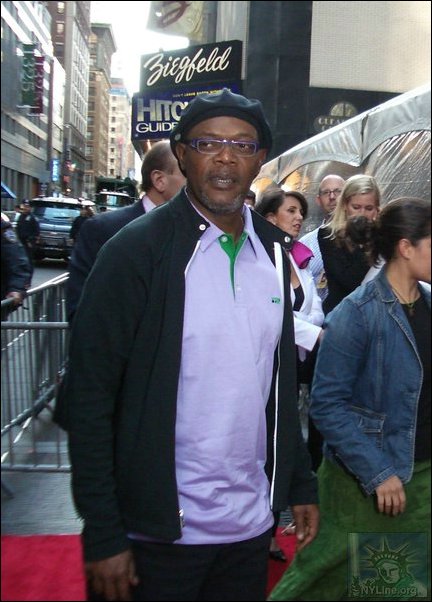 Though we do not yet have the photos from inside the Ziegfeld, we received reports that Liam Neeson met NYLine's own "Qui-Gon" Tim Hatcher and was most impressed with the likeness.

While Jackson and Neeson were quickly ushered into the theater, NYLiners had the opportunity to meet and shake hands with the force behind Yoda, Frank Oz. 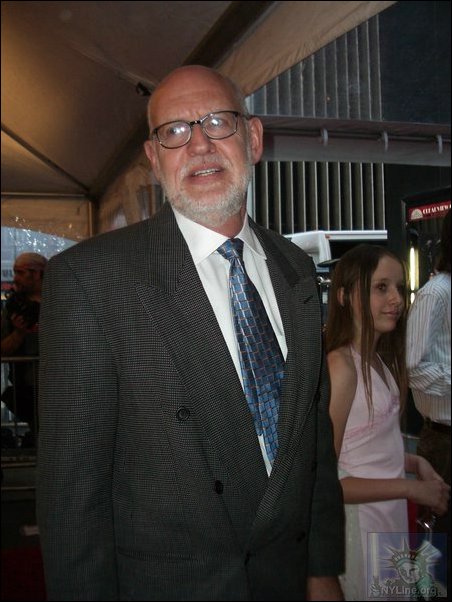 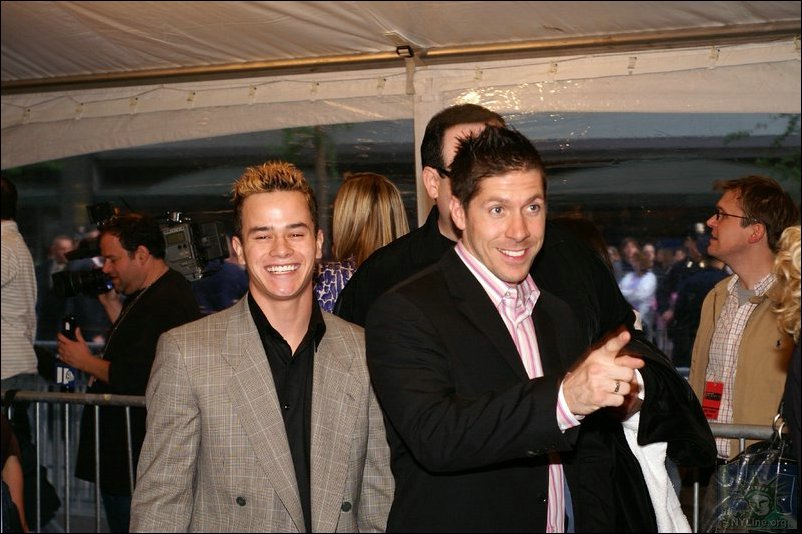 You can see the footage of those encounters here.

So... that would be enough excitement for one day, right? Guess again. Robert Smigel turned up, unleashed from Triumph the Insult Comic Dog.

While Smigel confirmed there will be no sequel to the infamous "Star Wars Nerds" segment from 2002, he intimated that he may have some unfinished business with NYLine and the Starlight Starbright Children's Foundation.

For a look at all of the day's photos, be sure to check out our gallery.